16 Iranian Conservationists on a Kenyan Safari 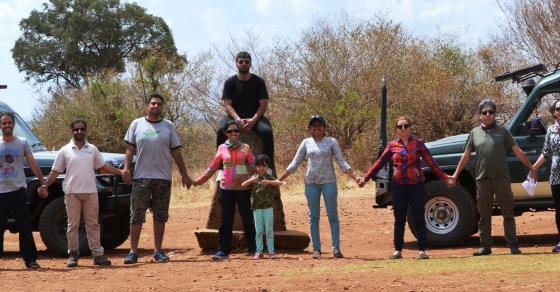 Sometimes it’s crazy weird how people come and go in your life.  In 2012 Aboo and his friend came to Kenya and got in touch with me through the CouchSurfing website as they wanted to meet people in Nairobi to hang out with.  I was happy for a distraction for a day.  Four years later, Aboo had undergone a massive career change into Eco-Tourism and was organising a study tour to Kenya for Iranians working in conservation.  He got back in touch with me to facilitate it.

The group’s first stop was Ol Pejeta Conservancy, home to some spectacular wildlife.  On their arrival at the airport, Francis and Letaloi met them and took them to Safari Park Hotel for brunch.  They then headed north to the central highlands and majestic Mt Kenya where they stopped on the equator.  At Ol Pejeta they had the opportunity to do a night game drive after dinner.  Most of the group camped at the public campsite within the conservancy while some stayed at Sweet Waters Serena Camp. 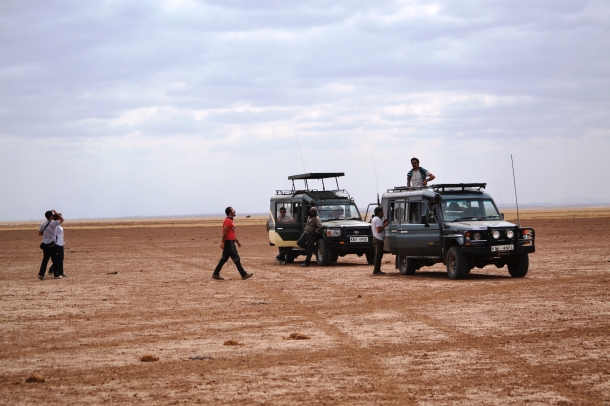 The next day they visited the Sweetwaters Chimpanzee Sanctuary, the Endangered Species Enclosure and the hippo pool.  Safari cooks John and his assistant prepared all the group’s meals in the bush.

Lake Naivasha provides an opportunity to get out of the vehicle in between the national parks, where you are confined to game drives.  There is plenty of unique bird-life to experience at the lake and after a morning game drive in Ol Pejeta, Lake Naivasha was the next destination.  They stayed on the lake shore at Fisherman’s Camp and enjoyed the delicious (albeit slow) dining at the camp’s restaurant. 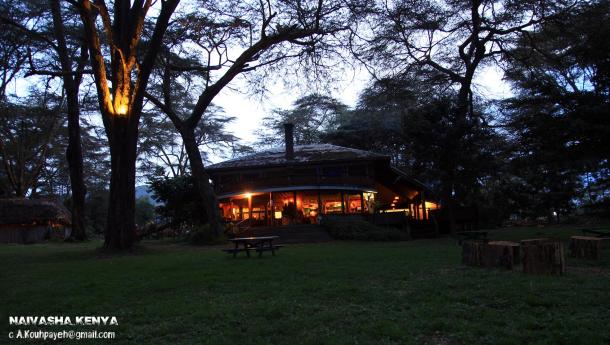 They had two full days to explore the area.  Some went on a walking safari, some chose to cycle in Hells Gate National Park and others went out on the lake in a boat to get up close and personal with some hippos.

After stretching their legs  walking and biking at Lake Naivasha, where there are very few predators, the group headed to the Maasai Mara which holds one of the highest lion densities in the world as well as being home to leopard and cheetah.  It is Kenya’s greatest wildlife reserve and, for most people, the highlight of a Kenyan safari.  This is where more than two million wildebeest and zebra migrate annually.  John prepared dinner in the campsite at Aruba Camp while the group enjoyed a game drive.

The abundance of game in the Maasai Mara is amazing.  Nearly every mammal found in Kenya can be seen there – spotting a leopard needs a lot of luck though!  The hippo pool is a popular spot.  The group enjoyed a picnic lunch under a tree in the savannah and, as they continued their game drive in the afternoon, they saw elephants, buffalo and giraffes.

Between Maasai Mara and Amboseli, it’s necessary to make an overnight stop if travelling by road, so the group found themselves in Nairobi for an evening.  They had a meeting with representatives from African Wildlife Society to discuss conservation issues and exchange ideas on how to do conservation better in their respective countries.

They visited the AFEW Giraffe Centre and the David Sheldrick Elephant Orphanage in Nairobi before heading to Amboseli.  Amboseli is nestled at the foothills of Kilimanjaro and is another of Kenya’s top wildlife destinations – this is where you can get that classic photo of a herd of elephant with Mt Kilimanjaro as the backdrop.  The elephants are the main drawcard for visitors to Amboseli as well as the perfect views of Africa’s tallest mountain.  Again John was in the campsite slaving over the hot coals to feed the group at the We4Kenya Camp.  The group spent two nights at Amboseli watching elephants wallowing in this swamp in the middle of a very arid area and visiting Maasai in their traditional village.

After a final morning game drive to see the sunrise over Mt Kilimanjaro, they returned to Nairobi.  They had time to do some final souvenir shopping before their departing flight.

Join us in September 2020 for a two-week safari through Kenya.  At only US$3000 per person this is the safari adventure of your life! Contact tracey@ota-responsibletravel.com for more information. 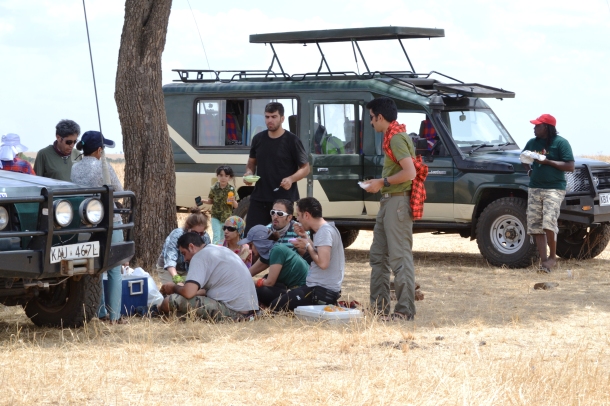 A philanthropic tour operator, creating positive experiences both for travellers and the local communities we interact with. We provide quality tailor-made tours that visit the sight-seeing highlights as well as community-based organisations.
View all posts by overlandtraveladventures »
← Suswa Caves
Walking With the Maasai and Other Adventures →