The first week of 2016 saw Francis again heading to the Maasai Mara – it seemed as if he was going every week for those couple of months of Christmas holidays!  This time it was with two Swiss and two Argentineans.  Jasmin had been staying in our spare room (AirBnB) and wanted to visit the Maasai Mara together with her brother who was coming to visit her in Kenya.  We were able to find them some travelling companions, to make their safari more budget-friendly for all four of them.

Jasmin had spent a semester on exchange at Multimedia University, studying journalism.  The university is not far from our place and at the end of her semester her boyfriend came to explore Kenya with her.  They rented our AirBnB room before heading off to the coast where her brother joined them.  She returned to Nairobi with her brother for the next leg to the Maasai Mara.  An Argentinean couple was also looking for a trip to the Maasai Mara at that time so the four of them headed off with Francis.  They stayed at Mara Explorers near Sekanani Gate, owned by our friends Laura and Moses. 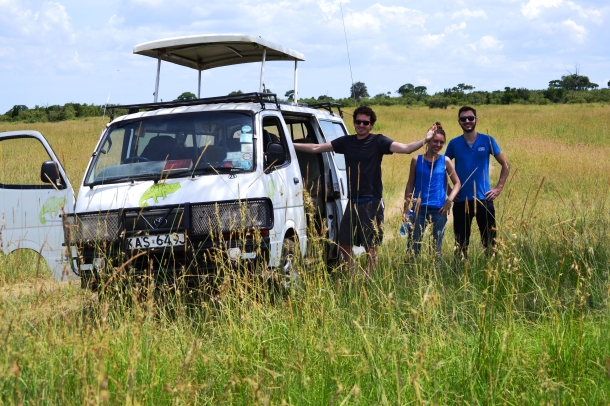 On their game drives they saw plenty of animals – as usually happens in the Mara.  Impala, topi, ostrich, giraffe and buffalo were in abundance.  One particular highlight was when a mother elephant and her baby came very close to their vehicle.  Another fun creature is the angama lizard which looks like a lolly with all its bright colours.  But to crown it all, and what most people come to the Mara to see, was the lioness with her cubs.  The mama lion rolled in the grass as her cubs peered out between the blades.  It was grooming time and then lunch time, although mama seemed to get a bit annoyed with the young cubs all vying for time at the milking station.  The cubs were typical toddlers though: being cute but not doing as they were told! 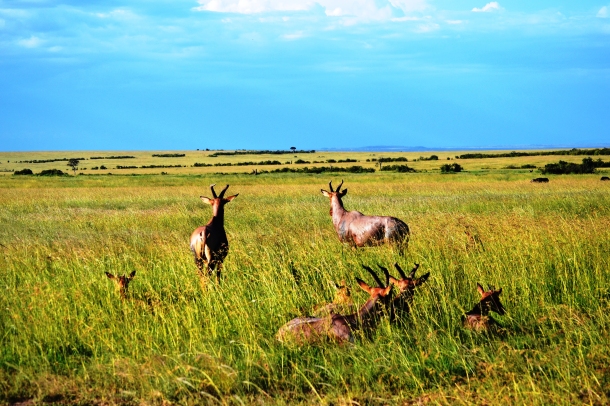 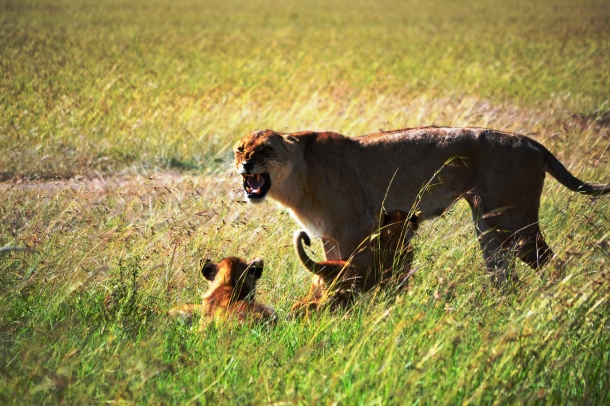 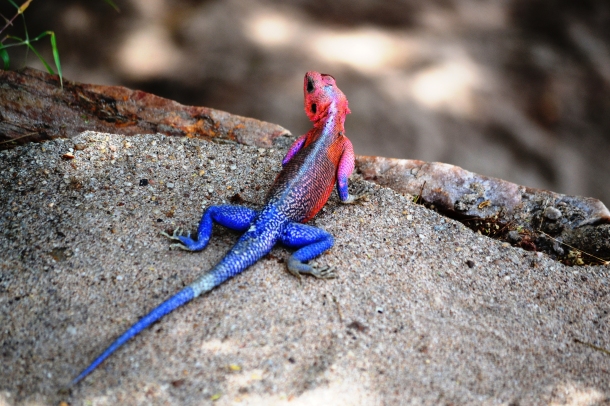 Of course birdlife is also incredible but sometimes overshadowed by the wildlife.  Hamerkop is one distinctive bird that is pretty special to spot.  It is called hamerkop as the Afrikaans word for “hammer head” and indeed when you see this bird you could not call it anything else!  Guinea fowl are usually found in flocks on the ground, but on this trip to the Maasai Mara, Francis found them up in a sausage tree.  Lilac-breasted rollers, the national bird of Kenya, flashed their purple and blue through the bush too. 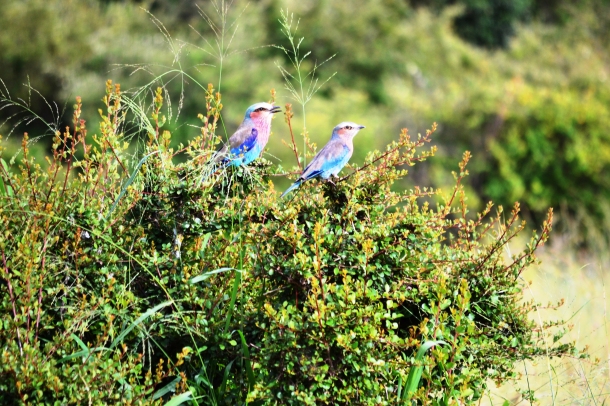 The group got their obligatory photo at the border point that marks where Kenya ends and Tanzania begins.  It is a simple obelisk-type structure in the middle of the bush but it would just be so great if there were an actual border crossing we could use in this location. 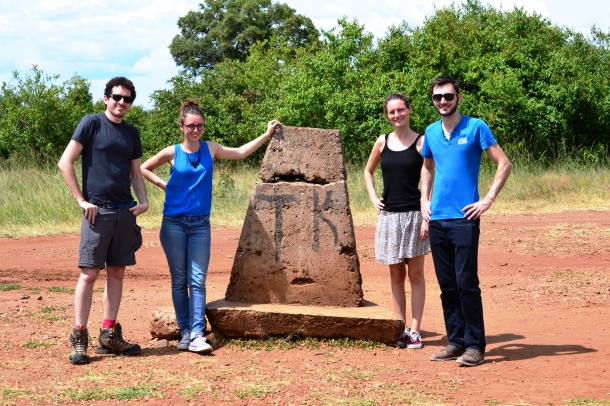 In the end, Jasmine described the safari as an “absolutely relaxed and responsible safari.”  Here’s the review she left on Trip Advisor:

Me and my brother made a safari to Masaai Mara. We already knew Francis and Tracey because we’ve spent some nights at their place in Rongai. They are really nice and helpful people and we had an amazing time with them. The safari to the Mara was one of the highlights of our time in Kenya.

I think Francis is a really good driver and I felt so relaxed in his car. This is important because it is quite a distance to the Mara park from Nairobi. Also in the park we felt that he really knows the area and that he exactly knew when he can drive through a waterhole (this time there were a lot of them) – we never got stuck. He also drove respectfully when animals were around, what I appreciated a lot. He really asked what we wanted and did not just stop at any souvenir shop like I knew it from other safari organizations (and I think can be a bit annoying). Finally, the place where we went for the two nights was also a great spot (The Mara explorer’s camps).

I totally recommend to travel with OTA because it is a small, really personal safari organization of such a nice couple with experience and knowledge. 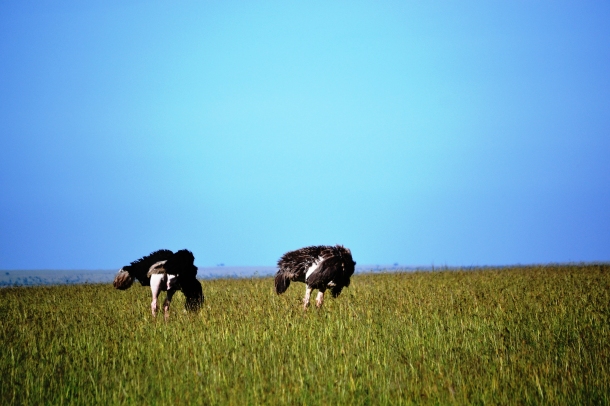