Ashley and her family travelled with us over Christmas and New Year.  We had so much fun with them, from Nairobi to Lake Naivasha, to Maasai Mara and finally to the coast.  Here’s what she said about the trip:

“My family and I had a fantastic first experience of Kenya with Tracey and Francis. From Nairobi to Mombasa we had an incredible time, visiting various NGOs and CBOs that OTA work with as well as going on safari in the Masai Mara and seeing a lion, elephants and buffalo.
On Christmas day we spent a few hours cycling around lake Naivasha with John who showed us all of the wildlife including giraffes, zebras and warthogs. We took a boat ride spotting hippos and even managed to get close to a leopard!
New Year’s was spent with the inspirational Mama Mercy who runs a women’s empowerment group and orphanage, another part of our trip that did not disappoint.
For a family of six. aged 9 to 50+, Tracey and Francis ensured that there was something for all of us! We couldn’t have asked for more out a family holiday. Hopefully we’ll be back again someday to see a rhino!” 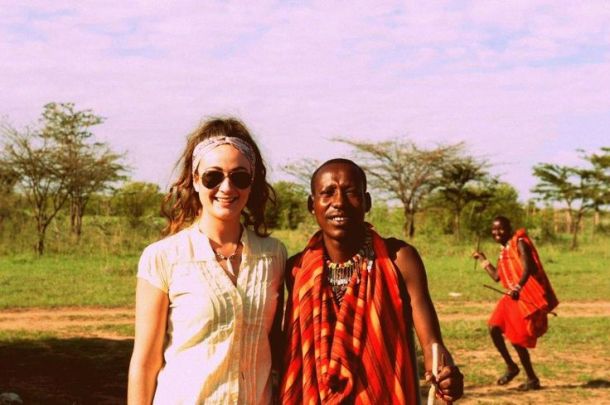 Maasai Mara in December anyone? 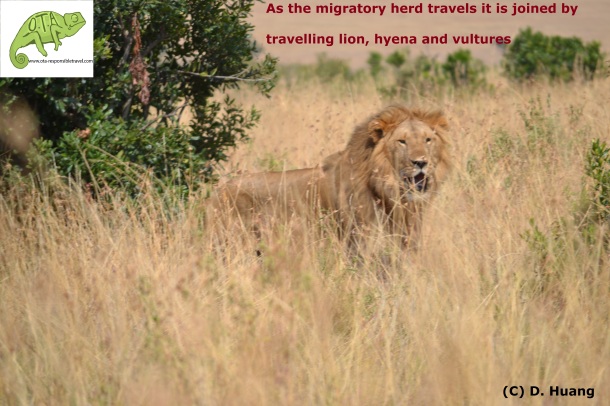 HIGHLIGHTS:
• Spectacular wildlife in Maasai Mara
• Meet Maasai in their traditional village
• Nairobi – plenty to do in East Africa’s capital

12 December: Nairobi to Maasai Mara
Pick up from the airport on arrival and drive to the world famous Maasai Mara Game Reserve arriving in time for lunch. Maasai Mara, Kenya’s greatest wildlife reserve, is without a doubt Africa’s most famous safari destination. The Maasai Mara Ecosystem is where over two million wildebeest and zebra migrate annually. It also holds one of the highest lion densities in the world, which is why it the home of the BBC wildlife channel’s Big Cat Diary. Other game includes: leopard, cheetah, buffalo, rhino, elephant, giraffe, zebra, lion, plains game, crocodile and small mammals including mongoose, hyrax, dik dik and the nocturnal porcupine. Enjoy a late afternoon game drive followed by dinner.
Included meals: Lunch, Dinner

13 December: Maasai Mara to Nairobi
Start the day with an optional early morning hot air balloon flight, including full champagne breakfast in the savannah, or proceed on another game drive. Spend the morning game driving in the Maasai Mara. The abundance and variety of game in this reserve is nothing short of amazing. Nearly every mammal can be seen in the Maasai Mara, including various antelopes, scavengers like hyena and vultures, and all the cats (lion, cheetah and leopard). Sighting a leopard needs luck more than just being there, but lions are abundant and there are excellent chances for spotting cheetah. The hippo pool is a popular spot to watch out for hippos; with luck, you may catch crocodile basking on the rocks. Elephants, buffalo, the Maasai giraffe, wildebeest and the common zebra abound. After lunch visit a nearby Maasai village to see their nomadic lifestyle and learn about their traditions and culture before heading back to Nairobi for the night.
Included meals: Breakfast

Not Included:
• Travel insurance
• International flights and visas for Kenya ($50 to be confirmed by you for your nationality)
• Meals not listed
• Personal expenses or room charges including laundry, drinks and phone calls
• Vaccinations
• Additional optional activities
• Tips or gratuities – an entirely personal gesture

Contact tracey@ota-responsibletravel.com for more information and to book your space today!